You may be very surprised to find out that there are some magnificent castles all less than an hour’s drive from our Aberdeen Youth Hostel. Yes, it’s true!

How long will it take: 25 minutes’ drive from Aberdeen Youth Hostel.

When it comes to beautiful coastal castles, Dunnottar Castle will always steal first prize! This ruined fortress cannot be compared to any other in the country. But, beautiful as it is, the castle holds many secrets from Scotland’s past. The cliff top castle was the home of Earl Marischal, who was considered to be one of the most powerful families at the time 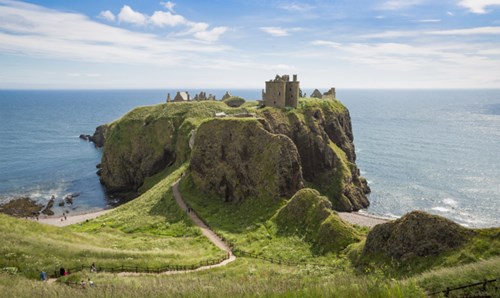 Originally an ancient Pictish fortress, the castle was also invaded by the Vikings and was burned down twice in its history. Visit Dunnottar Castle and you will truly be mixing with royalty. Mary Queen of Scots, the future King Charles II and William Wallace all visited the castle.

Although the castle is open year round, it's always best to check the website before setting off as bad weather can temporarily close the castle for safety reasons.

How long will it take: 26 minutes’ drive from Aberdeen Youth Hostel.

Home to the Irvine family for over six centuries, Drum Castle is said to date back to the 13th century, making it one of the oldest tower houses in Scotland. 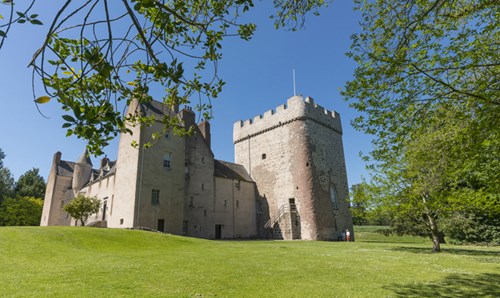 What makes the castle so interesting is the cross-period features, combining medieval and Jacobean times. The High Hall of the castle tower is still in its medieval state which is accessed by a narrow newel stair offering fine views from the battlements.

How long will it take: 30 minutes’ drive from Aberdeen Youth Hostel.

With its turrets and towers, Crathes Castle looks like something straight out of a fairy-tale. Built in the second half of the 16th century, it is a stunning example of an enchanting baronial tower house of the period. The castle is the former of the Burnett family who resided in the castle for over 350 years, and has strong ties to Robert the Bruce. 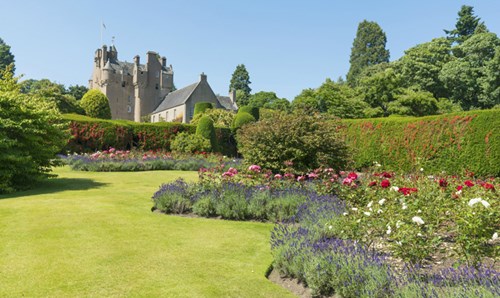 Great for ghost hunters; the apparition of the Green Lady is believed to be of a servant girl. In the 1800s, skeletal remains were found behind the fireplace in the room the Green Lady stalks. Queen Victoria was even reported to have spotted the ghost!

But don’t worry if ghost stories are not for you then you can head outdoors and swing high above the forest floor with Go Ape, a treetop adventure in the historic grounds of the castle.

How long will it take: 30 minutes’ drive from Aberdeen Youth Hostel.

This baronial castle dates back to the 15th century and was the ancestral home of the Fraser family. Built between 1575 and 1636 by the 6th laird, Michael Fraser, it is very unique in that it has never needed to use its defensive features and infamous for avoiding sieges. 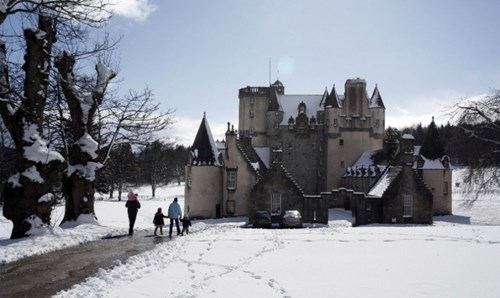 Inside you will be transported back in time; the castle retains the atmosphere of the family home with many Fraser family portraits and items of 18th and 19th-century furniture.

How long will it take: 44 minutes’ drive from Aberdeen Youth Hostel.

The pink tones of Craigievar Castle, built in 1626 for the Forbes family, will sweep you up into your very own fairy-tale. So much so, that it even inspired Walt Disney to design the iconic Disney Castle. 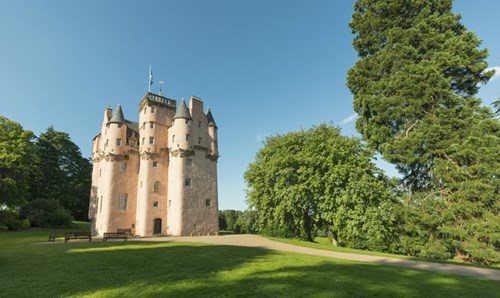 A true historical experience, the castle does not have electricity beyond the ground floor, giving you a real feel of what it would have been like to live there during the 17th century. This unique slice of the past retains its Great Tower which stands just as it was when completed by Master William Forbes.

Garden and grounds are open all year. Castle is open March to October.

How long will it take: 45 minutes’ drive from Aberdeen Youth Hostel.

Okay so this one is not a castle, but it is not far off! Designed in 1732 by Scottish architect William Adam, for the 2nd Earl of Aberdeen, it is considered one of the most majestic houses in the country. 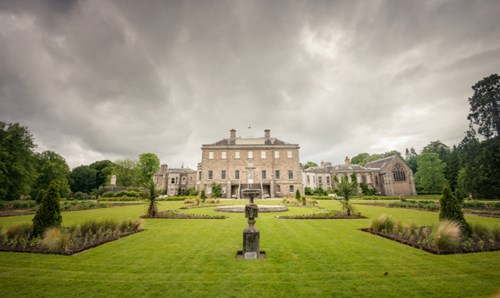 Exploring Haddo House, make sure to visit the Queen’s Bedroom, where Queen Victoria stayed in 1857. You’ll also be treated to a large collection of personal portraits, monuments, plaques and memorabilia which build up a fascinating account of the Gordon family who have lived at Haddo House continuously for over 400 years.

Garden, grounds, shop and tearoom are open all year. House is open April to October.

How long will it take: 50 minutes’ drive from Aberdeen Youth Hostel.

The 13th century Fyvie Castle was home to five successive families over 800 and was built to be one of a long chain of fortresses in medieval Scotland. 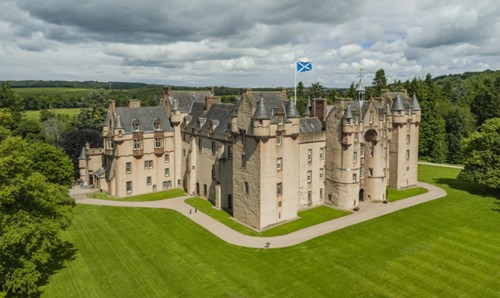 The castle is one of many stories; the tale or two of the castle’s ghosts and the fascinating story of the weeping stone, so make sure you hear them both! Visitors to Fyvie Castle can enjoy the restored racquets court, ice house, bird hide and beautiful loch-side strolls.

How long will it take: 57 minutes’ drive from Aberdeen Youth Hostel.

Found nestled in Aberdeenshire countryside, this elegant tower house was home to 10 generations of the aristocratic Leith-Hay family. 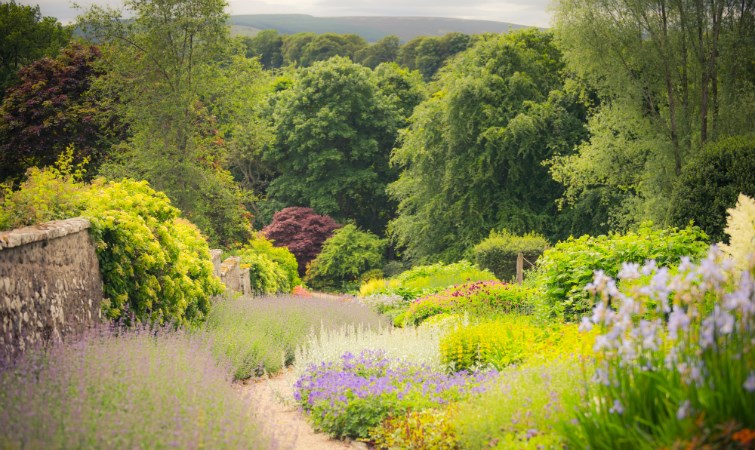 Dating back to 1650, this house is truly lavish, gilded in finery including family portraits and tapestries as well as showcasing many precious heirlooms. Outside, the 6 acres of garden are almost as beautiful as the house and are made for exploring, including two spiral mazes for visitors to get lost in.

Recently refurbished, Aberdeen Youth Hostel is perfect for individuals, families and groups looking to discover Aberdeenshire. For more information, and to book your stay, please click the button below!