A WoofHostelling adventure in Torridon

When Hostelling Scotland invited me to go “Woof Hostelling” to showcase their dog friendliness I almost wagged my tail with excitement.

A heady afternoon on Hostelling Scotland’s website followed as my partner and I browsed the many locations on offer. Eventually we settled on Torridon, in the northwest Highlands. Both of us had driven through before but neither of us had spent any time there.

Our neighbour in Dundee, Tam, is a grizzled Scottish mountain man. He recalled going to Torridon Youth Hostel when it was brand new. It was among the first purpose built youth hostels in Scotland – formerly bunk beds had been crammed into draughty old Victorian houses.

The hostel sits at the edge of the tiny Highland village. Huge, rock-clad mountains rear behind while Loch Torridon glistens in the foreground. It felt like the perfect place to explore one of Scotland’s greatest outdoor playgrounds. 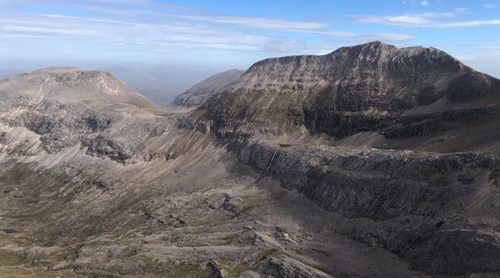 Our trip took place in late September, during the dying embers of the Indian summer Scotland experienced this year. Waking up on our first morning in Torridon the weather did not look promising. Clouds loomed and the wind whipped through the trees. By the time we’d had breakfast it was beginning to brighten, and as we set out for the day the clouds burned away and blue sky stretched from horizon to horizon. That’s just as well, as our target was Beinn Eighe, the bulkiest of the great trio of Torridon peaks. 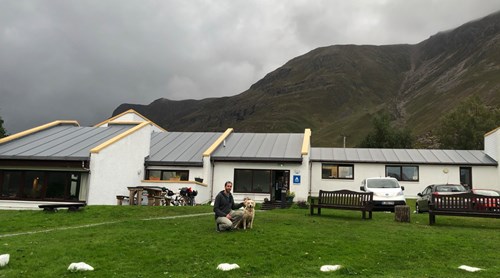 The next eight hours were some of the most beautiful and strenuous hiking I’ve ever done, as we ascended more than a kilometre, scrambled along the ridge and down an incredibly steep scree gully. Our seven-year old golden retriever Bracken proved more surefooted than her two humans, only getting into a bit of a flap during a boulder field when the rock she was perched upon proved to be quite wobbly. 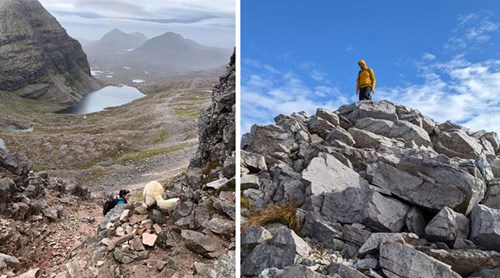 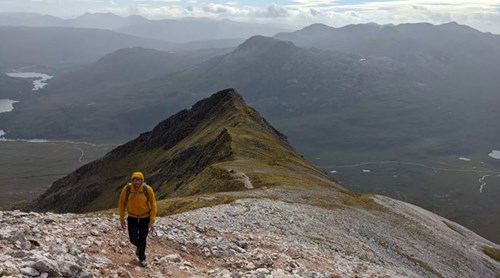 Our second day saw the weather window narrow, with thick, low cloud ruling out another big ascent. Instead we plumped for two low level walks, a nine kilometre loop around Loch Claire and Loch Coulin, followed by a 7.5km circuit of Aird Mhor and the Falls of Balgy. Both were utterly stunning, and must be among the very best low altitude walks in Scotland. Though cloudy, it remained dry until the last 40 minutes of the day, when the heavens opened. Returning to the hostel somewhat drookit, a hot shower and a cold beer were very welcome. 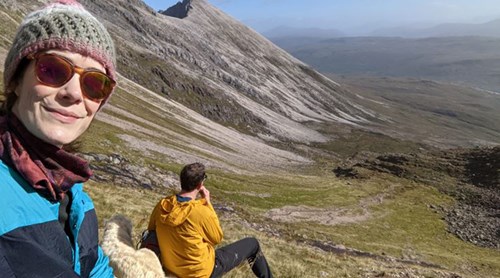 Covid has changed hospitality everywhere, making an already difficult job even more arduous. Ordinarily hostels are self catering, however to prevent too many people piling into a communal kitchen evening meals are now cooked for you – though that may have changed by next season.

The hostel’s staff, Matt, Em, Ruth and Mattie could not have been more friendly and helpful if they’d tried. Breakfast and evening meals were served with good cheer and some chat, and the extra cleaning covid measures call for was carried out with a smile. Best of all, everyone made a huge fuss of Bracken, who was made to feel very welcome. Roll on next spring, when we’ll be back to explore more of Torridon’s wonders, and will be making its hostel our base again. 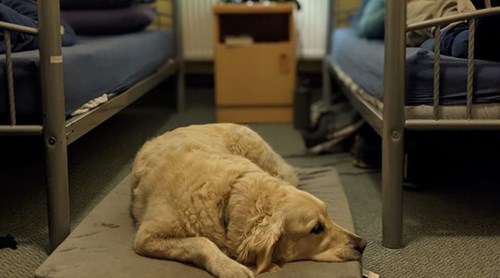